A visit to Gloucester Cathedral with 40 Year 7 students took place on Thursday 9th May.  On the tour we saw Robert, Duke of Normandy’s tomb. He was King William’s eldest son, however he never became king. He was buried in Gloucester Cathedral because he donated lots of money to the cathedral and it was his favourite cathedral. He died whilst in prison. He had been imprisoned by his youngest brother because he was worried that Robert would take the throne from him.

Afterwards, we went underground to the very bottom of the cathedral which is not usually open to the public. It was dark, cold and a bit spooky! Next we saw the whispering gallery which is behind the stained glass window showing all the saints. A whispering gallery is a tunnel where if you whisper a message, the sound travels through the tunnel to the people at the other end.

After lunch, we learnt about the Christian faith. One task was to dissolve a tablet. The tablet was rough to represent people’s sins. As it dissolved away it became soft and then disappeared. This represented people’s sins being washed away and being forgiven.

Finally, we all enjoyed watching Martha dress up in a monk costume! This helped us to understand what monks would have worn around the cathedral.

This was an all round fantastic trip and we all learnt lots of new things. 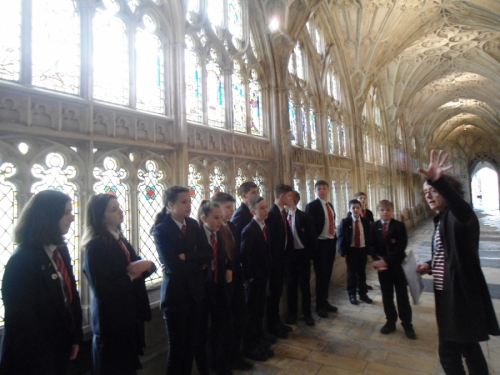 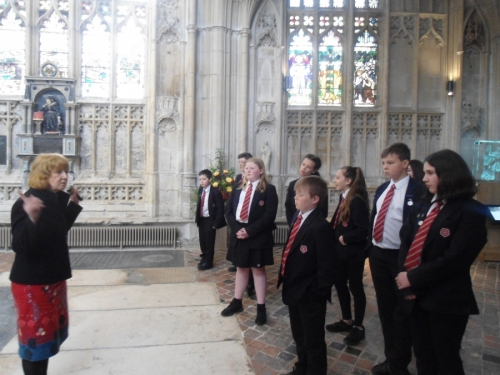