On 20th October we went to a Michelin starred restaurant called Le Champignon Sauvage in Cheltenham. We were offered the chance to go after becoming semifinalists in the South West Chef of the Year competition. The chefs were really funny and showed you professional techniques to cook high quality food. We learnt that you have to try food as you go along and it tasted delicious. We helped prepare food like fresh jelly and cheese biscuits and we made two big batches of brownies and some almond balls. They call making the almond balls a zombie job as it takes ages. We were also lucky enough to present the food, which was given to the customers. It looked amazing!

We are so glad we had this opportunity and would love to go back again. 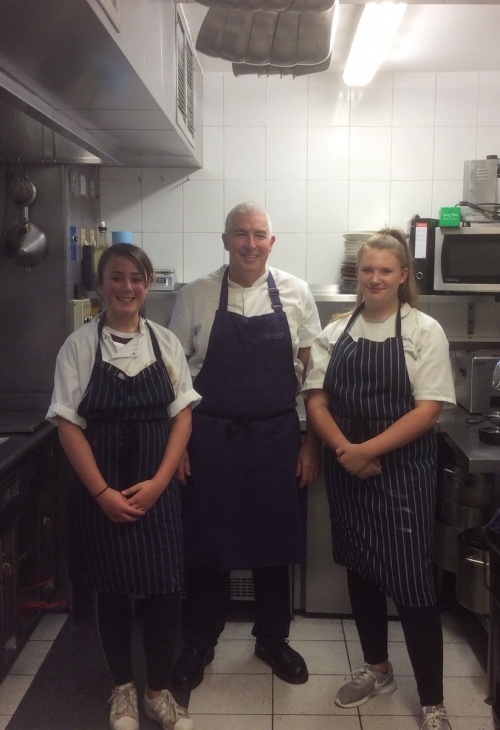